COKE IS TESTING A FREE WATER MACHINE ON COLLEGE CAMPUSES 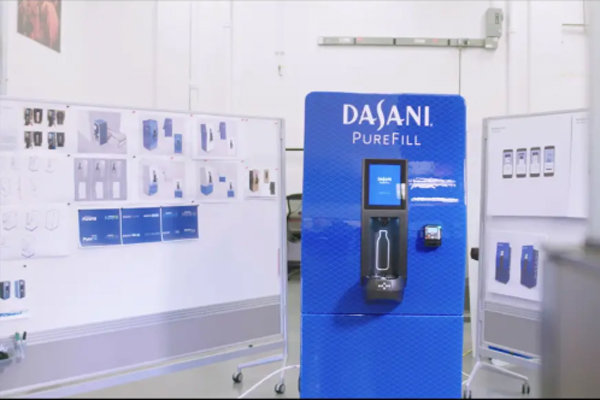 Coca-Cola has come up with another innovative idea that lets people fill reusable water bottles with free filtered water. There is also the option of adding bubbles and fruity flavors with the carbonated filling equipment; though that’s for an extra pay. As people cut back on their intake of traditional sodas, this is another way to make money.

For the time, this unique carbonated filling equipment, Dasani Purefill, is being tested on Georgia Tech campus in Atlanta. There is an ongoing plan to expand the test with an increment in the number of machines and the number of campuses to be reached.

The idea here is that you can have free filtered water but will need a swipe of your credit card to add flavor or bubbles to it. There are no sweeteners or other ingredients for now.

As people grow more concerned about plastic pollution, reusable water bottles, and fountains designed to refill them have surged in popularity. This is one of the main aims of this project put up by world’s soda maker.

The campaign director at Food and Water Watch, Mary Grant, expresses her concern over the possibility that the Dasani Purefill machine would be counter to the benefits of water refilling stations as it could be a way for Coke to advertise its Dasani bottled water products. Drinking tap water is being advocated by Food and Water Watch as they keep citing the toll of bottled water on the environment.

Dasani Purefill machine was first tested by Coca-Cola about a year ago. According to a Georgia Tech representative, “Since this is still a test, the school isn’t receiving any proceeds from the machine”

Coca-Cola wouldn’t give revenue figures or other financial details about this carbonated filling equipment. But according to the company, about 10 to 20 percent of the time, people opt to pay for bubbles and flavor.

According to the company, the expanded test is expected to look at how much and how often people are willing to pay for the flavor and bubbles. There is also an app which allows people to submit payments and track how much water they are drinking. “The test consists of just one machine” according to the director of innovation at Coca-Cola North America, Kim Drucker. It was noted that the company sees much broader potential with this exercise. Drucker also added that the company became excited to see the level of engagement that followed the exercise.

So far, the growing popularity of water has posed a challenge both for Coke and Pepsi.

No doubt, people tend to buy whatever is cheapest in bulk cases as they are not as loyal to a specific brand with water. The profit margins are generally not as high as on other drinks with plain bottled water which both companies sell.

In addition to their stylized bottles and pricier waters marketed as specially filtered, Coke and Pepsi have also jumped into the flavored and bubbly water trend to encourage sales volume growth.